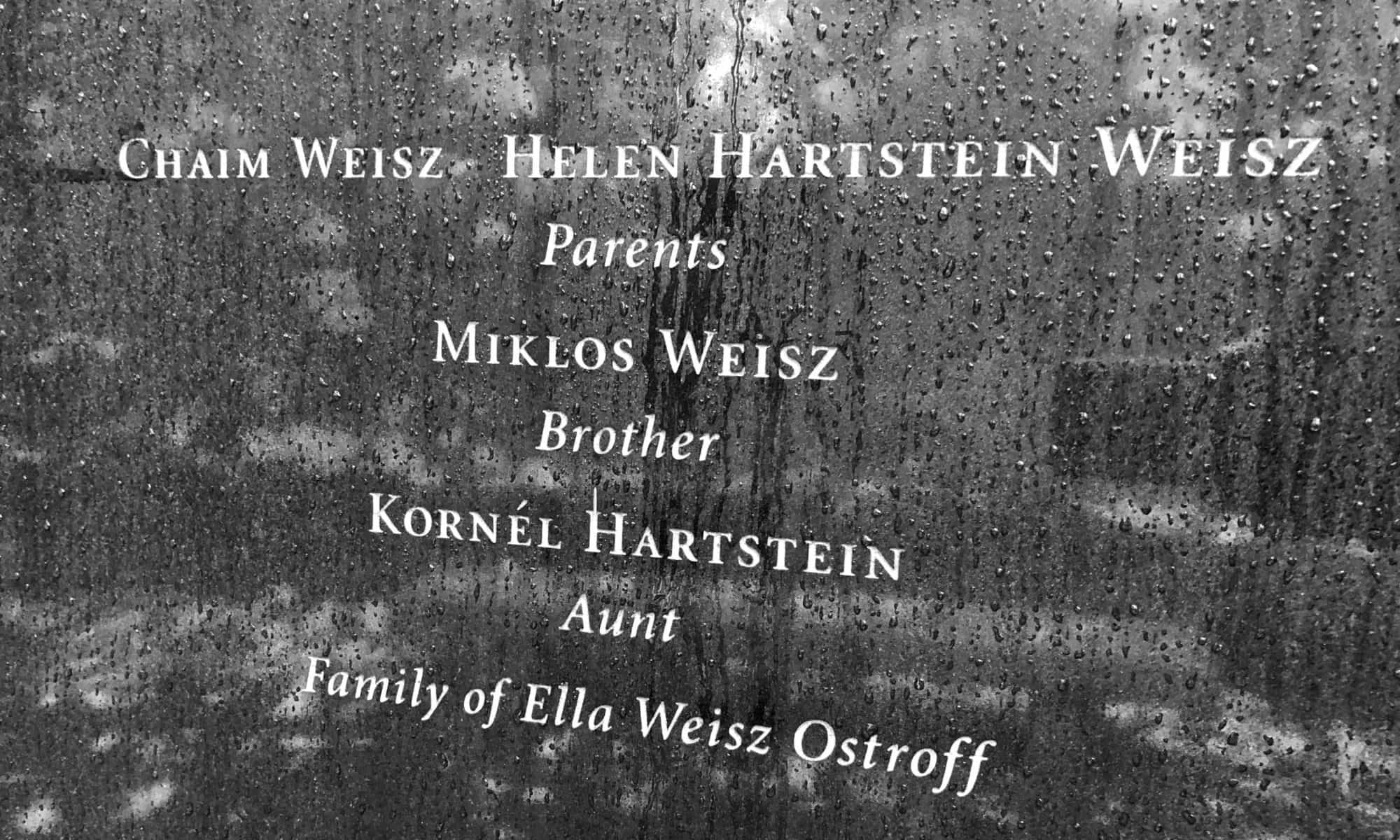 Ella Ostroff was born in Sátoraljaújhely, Hungary on June 4, 1932 to Henry and Helen Weiss. She had three older sisters (Magda, Lily, and Olga) and one brother. Ella lost both her parents and her brother in the Holocaust; her father was deported early on to a labor camp where he died, and her mother and brother were sent to the gas chambers immediately after entering Auschwitz.

Tap on the grey bars and listen Ella describe the last time she saw her mother and brother.

When we arrived to Auschwitz; “Arbeit Macht Frei” is the big slogan on the entry way to Auschwitz. The train stopped and they opened the doors to the cattle cars and there was a band playing music. There were a lot of men with striped uniforms and some German military men. All we heard was “geh raus, geh raus, geh raus.” We got out and some of these men wearing the uniforms were walking by us and said, “Nobody is sick. Nobody is younger than 16 and nobody is older than 21, which was ridiculous.” We were coming out, the commotion was phenomenal, screaming, “Leave everything behind. You have your names on it, it will find you. We’ll make sure that your luggage (or whatever we had) will be transported to the place wherever you will be.” Anyway, we got out and we were walking.