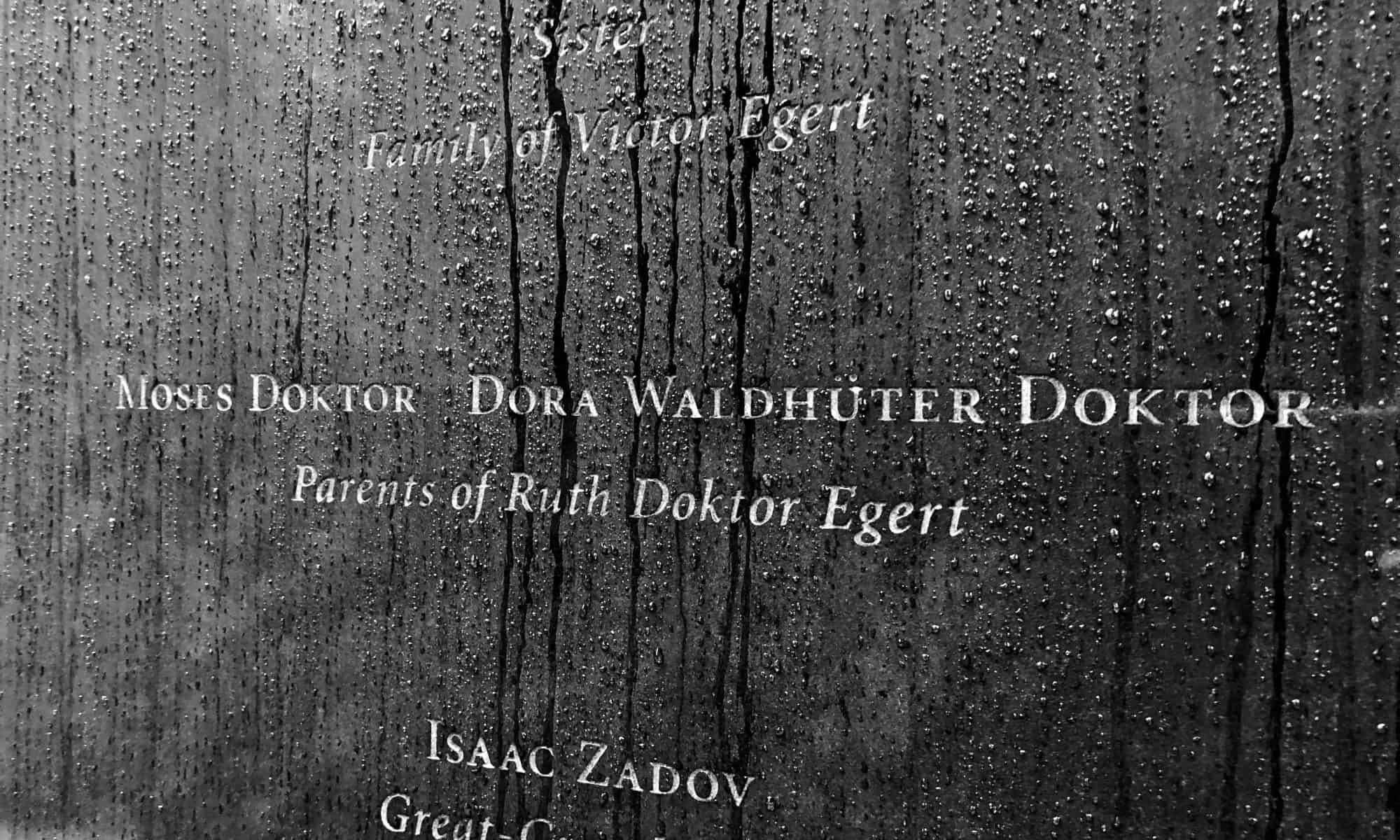 Ruth Doctor Egert was born in Vienna, Austria on January 18, 1913. She grew up in a middle-class, observant family there and became a teacher for the city of Vienna in 1933. When the Nazis took over Austria in 1938, she lost her job. The family saw that life was going to be very hard and a job was arranged for Ruth as a maid in England.

EGERT: In March 1938 Hitler came and the very first day there was the announcement made, “All Jewish teachers are not to report to school any more.” It was just dismissed like that. They sent me later on … I think I got two months wages. …

Interviewer: Before the Anschluss was there any hint from your life that something like this was coming other than this vague unease?

EGERT: No. I guess we weren’t smart enough. We couldn’t imagine, you know. How could you imagine things like this? People educated, literary people and romantic and musical that they would go to such barbaric tactics.

EGERT: Well, two years before, I had studied English and I became an English teacher to be allowed to teach in German schools. So I used that when I was teaching people who were going to emigrate. I taught them English. …  And myself, I made an application for England, to immigrate to England and I did get a job to teach in a private house, children.

Interviewer: Now, I am going to push you a bit because there must have been a lot of thinking that went into this, discussing and about what was happening with you that you would take the step.

EGERT: Well, my parents agreed. They knew that young people had to go, but my parents themselves said, “What could happen to them?” My father was 59 then and my mother 55 or so, and they said, “What are they going to do to old people?” At that time it was old, you know. But they wanted us young people out I was very lucky.