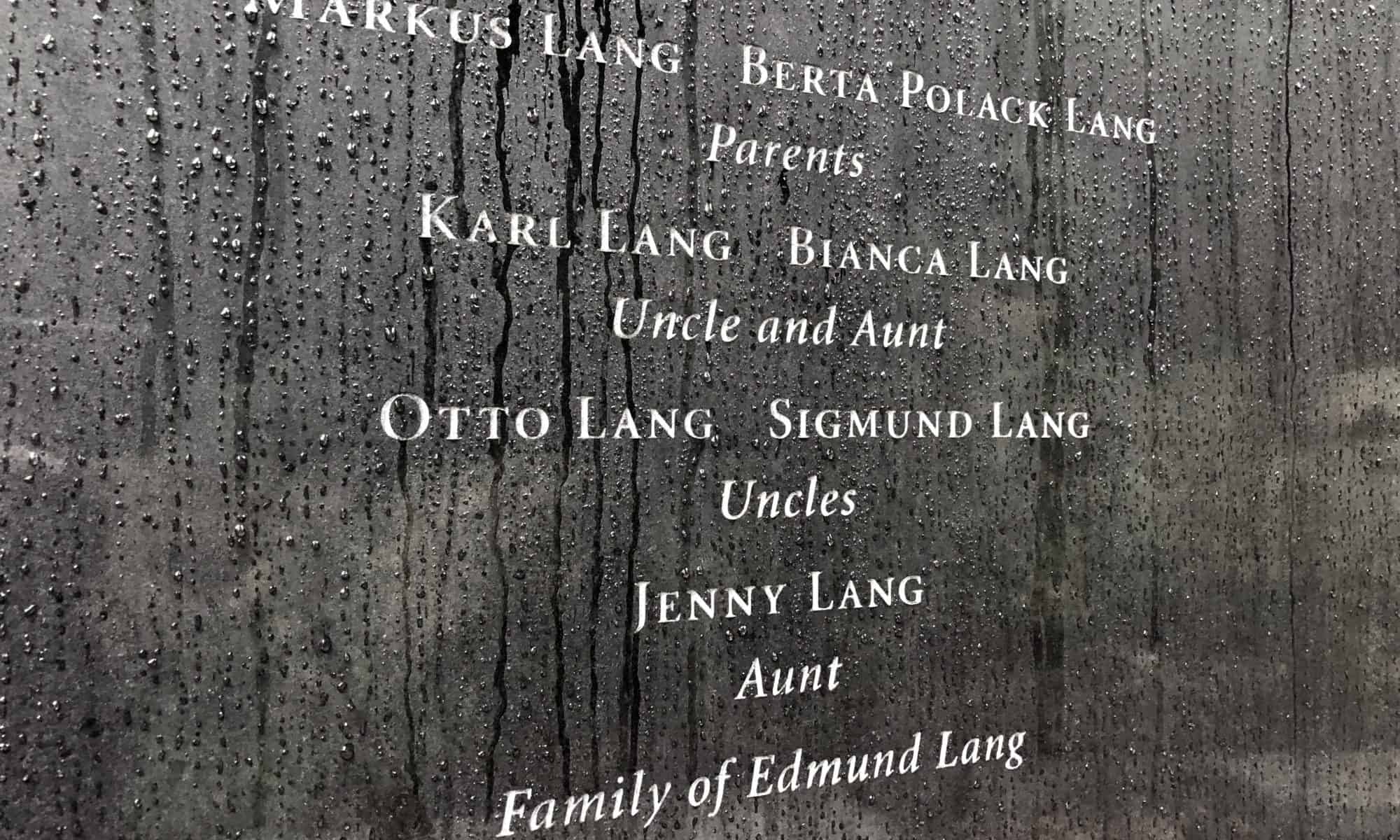 Edmund Lang was born December 25, 1920, in Perleberg, Germany; he was an only child. His father, who was awarded the Iron Cross after serving in the German army during the First World War, was the owner of the biggest store in their small German town. The Langs were secular Jews, and Ed had no bar mitzvah. He went to a Catholic school where the nuns loved him because he was born on Christmas Day.

But in the 1930s, life turned difficult for his family; his father’s Iron Cross no longer mattered. Hitler came to power, and his parents got him false papers and a fake Aryan identity so Ed could work on a farm.

Tap the grey bar and listen to Edmund talk about his father.

Interviewer:  I want to get the years before ’35 as well. Do you remember first hearing of Hitler?

LANG: Oh, yes. Not only did I hear of him, I saw him. I saw Goebbels, I saw Goering. They came and visited at one time, Perleberg. This parade, I learned how to say Heil Hitler. I raised my arm, etc. I learned all the Nazi songs, etc. I was singing them with the rest of the kids. I didn’t know the difference. Oh, yes. I was very well aware of it, but I never felt any antisemitism, until the year when I was turning 12 years old and I was in the third year of the gymnasium. Until then I never had any problems, and I never felt I was a Jewish pig, or whatever they called me. …

Interviewer: Again, you don’t remember your parents showing any concern after Hitler came to power?

LANG: No. No, they didn’t show it. As a matter of fact, I told you that when I begged them to try and get out of there, my father said, “Ah, we are too old. And besides that, I don’t think they’re going to bother me. I’m a World War I decorated veteran with the Iron Cross.” He wasn’t going to move. I don’t think that he wanted to be exposed to being in a new country, a new environment, a different language — that scared him. I think he was kind of in a rut there. That’s the only way I can explain it, because by that time he knew there was a level of danger, and he was still rather complacent about it.